Inputs and outputs wherever you need them. 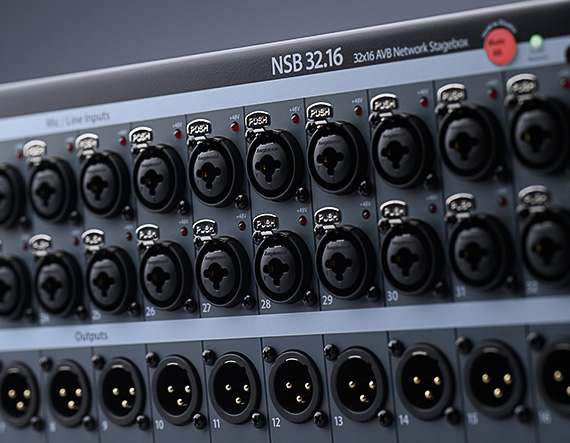 The NSB 32.16 networked stage box is loaded with 32 versatile locking combo jacks. Connect your microphones to the digitally controlled XMAX preamps or use the balanced ¼” TRS inputs to connect your line level devices — the NSB 32.16 can handle it all. The inputs can be sent to any StudioLive Series III digital mixer on the network, and thanks to gain compensation, every mixer gets individual gain control without affecting the front-of-house mix. 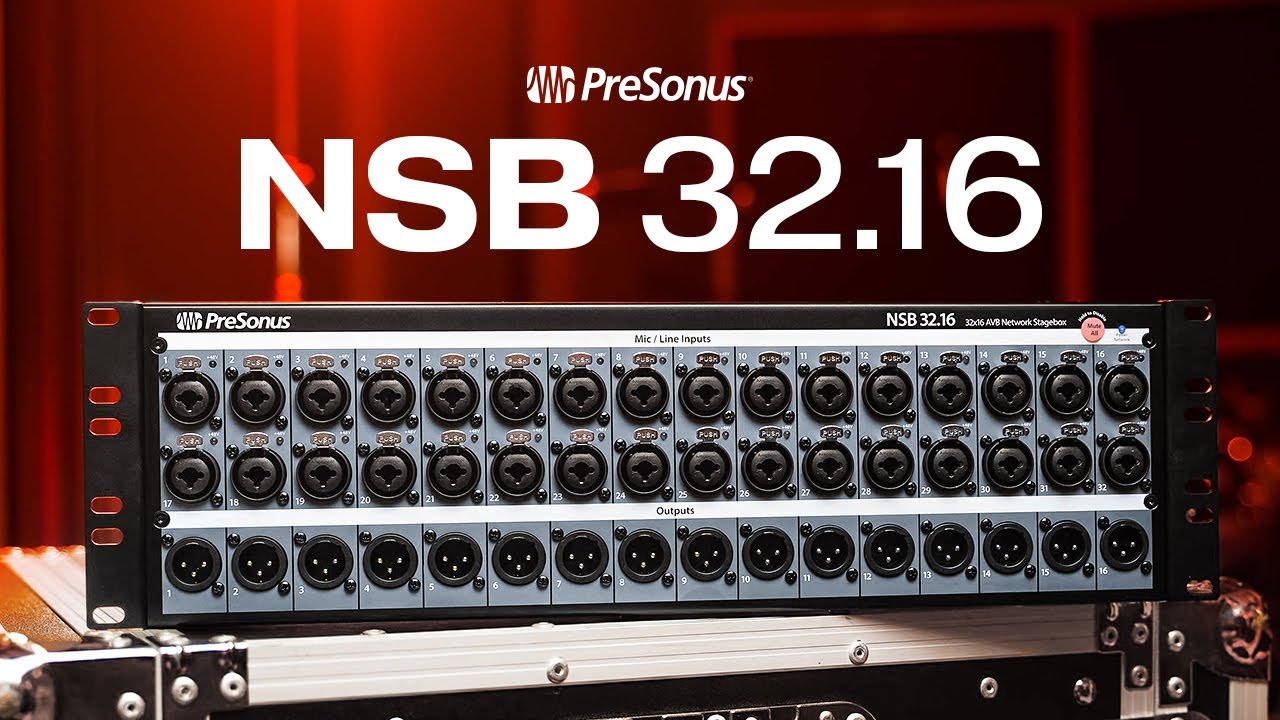 An NSB-series stage box can provide inputs for more than one StudioLive Series III digital mixer on an AVB network. You can send audio from the stage to the front-of-house mixer, the mixer at monitor position, the mixer in the broadcast booth, and more, all from the same NSB 32.16 on stage. Because control of the NSB 32.16 preamps is handled remotely, a single mixer must be given master control over NSB 32.16 preamp levels and phantom power. 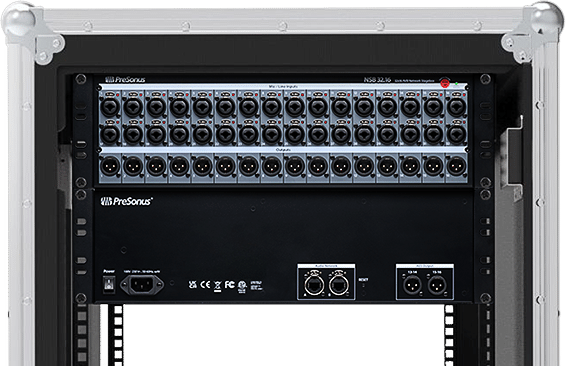 PreSonus built the NSB 32.16 inside a rugged steel chassis designed to survive the rigors of the most demanding tours. The NSB 32.16 features adjustable rack ears, so you can choose between flush or recessed as well as front or rear I/O installation to best fit your rack. Thanks to the standard 3U 19-inch design, the NSB 32.16 is also compatible with most universal stage pockets for permanent installations. 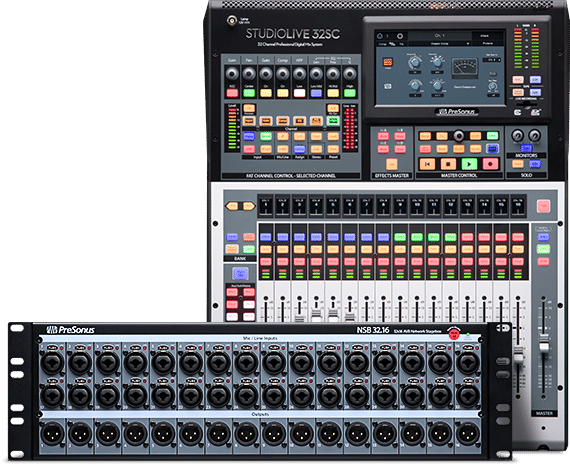 StudioLive Series III networked products form an ecosystem that is easily expanded and quickly configured. Designed to enhance each other, these products are at the forefront of AVB networking technology. The NSB 32.16 can be used alone or with many other NSB-series stage boxes to add remote audio to one StudioLive Series III digital mixer or to multiple mixers on the same network. For StudioLive Series III mixers that have limited onboard analog I/O, the NSB 32.16 provides a simple expansion to a full 32- or 64-channel mixing system.