Thanks to PreSonus®’ advanced engineering, you can expand the Fat Channel processing of both your StudioLive® Series III mixer and your DAW (Studio One® or a third-party DAW with PreSonus’ Fat Channel XT plug-in) with virtual signal processors in StudioLive Series III, VST3, AU, and AAX formats.

PreSonus Fat Channel plug-ins are State Space Modeled by world-class engineers with Ph.D.’s in analog signal processing to faithfully produce the sound and response of the original hardware processors. Now you can have a wide variety of fresh DSP for live and studio sound. No other mixer anywhere near this price class has expandable processing—only PreSonus StudioLive Series III. 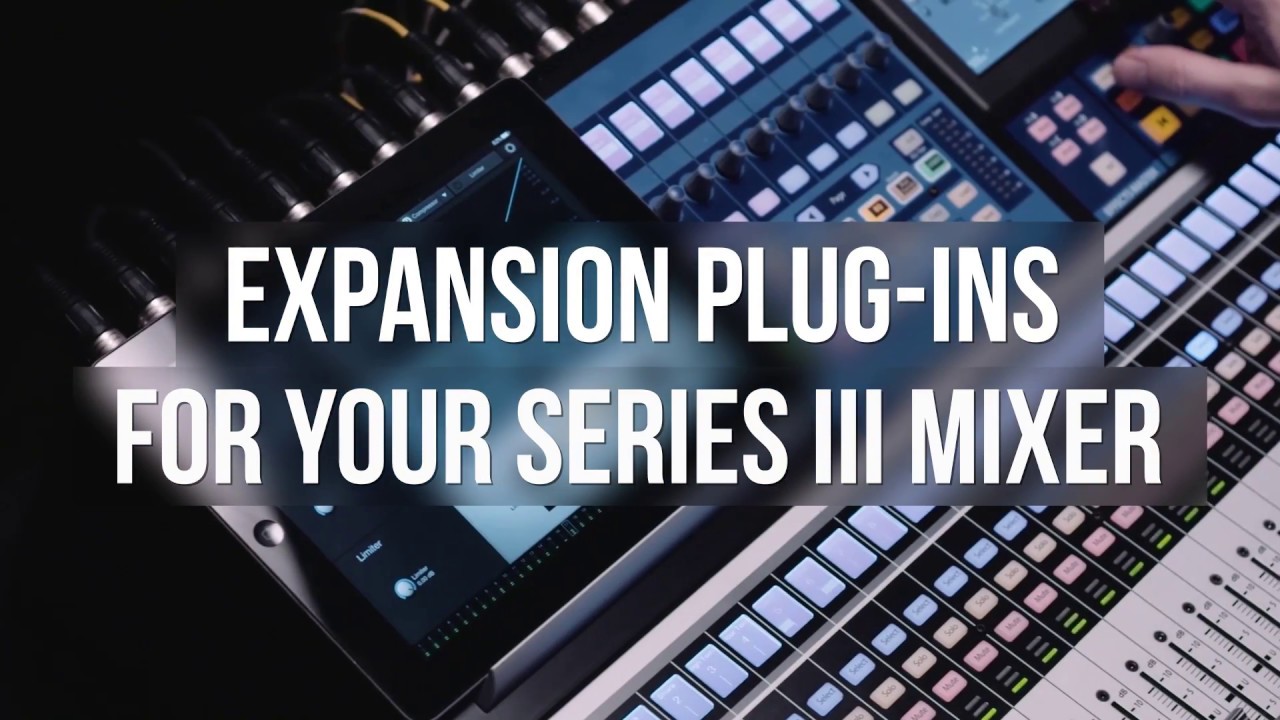 Our eight classic compressors cover the gamut, including FET, tube, optical, and VCA designs. From soft, smooth attacks to fast, in-your-face response, you’ll find it in the Fat Channel Collection.

FET-based compressors such as the one in the PreSonus RC 500 use transistors to emulate a triode tube’s operation and sound. This type of compressor generally provides a faster attack time and better repeatability than the optical compressors typically found in channel strips. Modeled after PreSonus' RC500 signature FET compressor, this plug-in provides an ultra-fast attack time and repeatable performance.

Stunning high-end sound and incredible versatility are hallmarks of PreSonus’ VT-1, which is modeled after a popular vacuum tube channel strip’s FET compressor. The VT-1 provides fast attack and repeatable performance with a fully variable ratio.

Capturing the unique sound of a twin VCA gain-reduction amplifier design, the Brit Comp is ideal for taming piano dynamics or adding punch to drums and percussion.

This model of an iconic compressor/limiter of the 1950s imparts an unmistakable silky warmth on just about any signal.

With simple controls, yet capable of extreme compression traits, the Comp 160 provides VCA character with a personality all its own. Try it on drums; you’ll be glad you did!

Based on a classic design focused on gentle, natural-sounding gain reduction, the Everest C100A helps control dynamics while still letting the signal breathe.

The smooth character of this compressor allows you to create transparent or extreme color changes to your audio, making it a workhorse for just about any application.

In general, the response time of optical compressors tends to soften the attack and release, which can smooth out uneven volume fluctuations. Emulating an all-tube, optical design, the Tube CB compressor delivers musicality, preserving the clarity of the signal even at the most extreme settings.

Each of these seven popular equalizers offers a different flavor, from the classic British sound of the Solar 69 to the subtle Baxandall; the smooth, refined VT-1 tube EQ; and the more modern, solid-state RC-500. As with all processors in the Fat Channel Collection, they’re State Space Modeled, so they respond just like the original hardware circuits.

It's rare to find a truly outstanding solid-state channel strip that can deliver a vintage vibe reminiscent of classic high-end products, yet employs a thoroughly modern design. The PreSonus RC 500 was one of these rare gems. The RC 500 EQ plug-in is modeled after the channel strip’s 3-band semi-parametric EQ and combines isolated filters and optimized, per-band Q to provide subtle signal-shaping without harsh artifacts.

The VT-1 EQ models a popular vacuum-tube channel strip’s four-band semi-parametric EQ, which combines isolated filters and optimized, per-band Q. Designed with musicality in mind, this EQ was smooth and refined, which made it an instant classic.

This 1960s-vintage EQ provides consistent, repeatable equalization using three overlapping bands, divided into seven fixed frequency points, each with five steps of boost or cut. Its selectable peaking or shelving filters for the high and low band, along with an independently insertable bandpass filter, provide an easy path to creating acoustically superior equalization.

The sound of classic British EQ is absolutely legendary and has enhanced many a great recording. Emulating this classic British design, the Solar 69 EQ adds definition to kick drums, shapes electric guitars, and adds shimmer to acoustic guitars and vocals, without sacrificing body.

This EQ offers the world's most popular EQ curve. Using gently sweeping treble and bass EQ shelves, it allows you to make subtle, yet effective, changes over wide swaths of the frequency spectrum.

This midrange EQ is based on a passive, all-tube design for ultra-smooth and musical equalization, making it ideal for any midrange source material.

...a fantastic bundle that you will get a lot of use out of.

I think [the Classic Comp] is awesome; I think it sounds great.

Jerry Mateo, In The DAW