Control StudioLive™ Mixers from Anywhere in the Venue

Control StudioLive™ Mixers from Anywhere in the Venue

StudioLive® Remote for iPad, available free from the Apple App Store, provides wireless control over PreSonus® Virtual StudioLive software for Mac® and Windows®, which in turn controls any FireWire-connected, "Classic" (original, not AI) StudioLive 16.0.2, 16.4.2, or 24.4.2 digital mixer. As long as you have a wireless connection between your iPad® and computer, you are in control of the console. 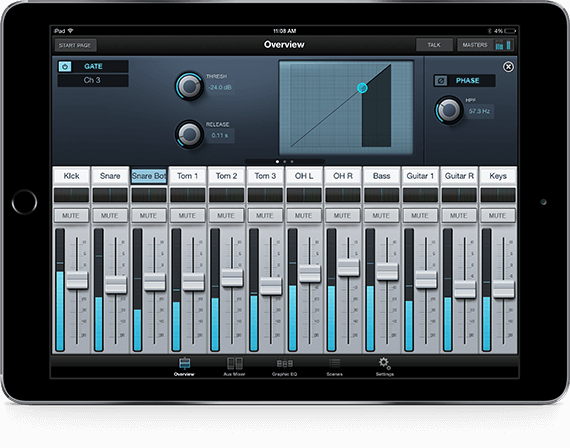 You're mixing an event with an old-school mixer, and you need to check the sound underneath the balcony—or in the balcony, for that matter. Or you're sound-checking and want to hear the stage monitors for yourself. If you can't leave the mixing station, you have to rely on someone else's ears. If you don't have a reliable crew, you don't have a chance. That is, unless you use a StudioLive mixer and an Apple iPad! SL Remote can control any StudioLive mixer on your wireless network, and multiple iPads can control the same StudioLive. With this combination, being chained to front-of-house is just a bad memory. 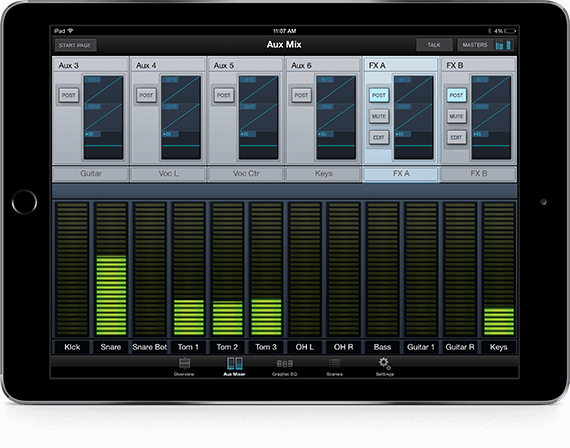 The most important mixer controls are always at your fingertips.

In the heat of a live show, you need to be able to grab your mixer controls quickly, with no searching. That’s why StudioLive Remote puts the controls you most often need while mixing right under your fingers. The Overview displays the parameters for multiple channels at once. Tap for a close-up view of Fat Channel processing, and navigate between the gate, compressor, EQ, and so on with the flick of a fingertip. The Aux view shows the levels, panning, and Fat Channel processing for the Aux sends and internal FX buses, while the GEQ view lets you adjust the graphic EQ. Hold the iPad in Portrait position to see every parameter for a single channel.

Take a hike (around the venue)!

With StudioLive Remote and any first-generation StudioLive digital mixer, you can walk around the show, tweaking your mix on the fly. Adjust the stage monitors from the stage. Detect problems in the back of the room and adjust your mix on the spot. You are now free to move about the venue!