Looking for a PreSonus hardware driver? It’s in Universal Control.

Universal Control is both a driver-management utility and software control interface for PreSonus® mixers, interfaces, and controllers. If you’ve got a PreSonus product with a software control option — which can include anything from monitor mixing to DSP editing — you’ll take advantage of some of your hardware’s most powerful features via Universal Control. Universal control will also make sure you have the latest versions of PreSonus drivers and firmware.

One app to rule them all.

As an all-in-one solution, Universal Control’s hardware-control options vary by product. Many PreSonus interfaces and mixers, such as the Studio 1824c and StudioLive® Series III, leverage Universal Control for the creation of custom monitor mixes, as well as many other robust routing options. Quantum interfaces, StudioLive Series III mixers, and some Studio-series interfaces feature remote preamp control that can be managed from directly within Universal Control. And Revelator’s advanced loopback mixer and easy-to-use presets also are managed in—you guessed it—Universal Control.

Supported mixers like StudioLive Series III use Universal Control as the launch app for UC Surface, which provides complete touchscreen control over all mixing and routing features right from your computer or supported Android™ or iPadOS® tablet. For StudioLive Series III ecosystems, UC Surface also provides easy access to configure your AVB network and route your audio. All your mixer features are just a click or a tap away! 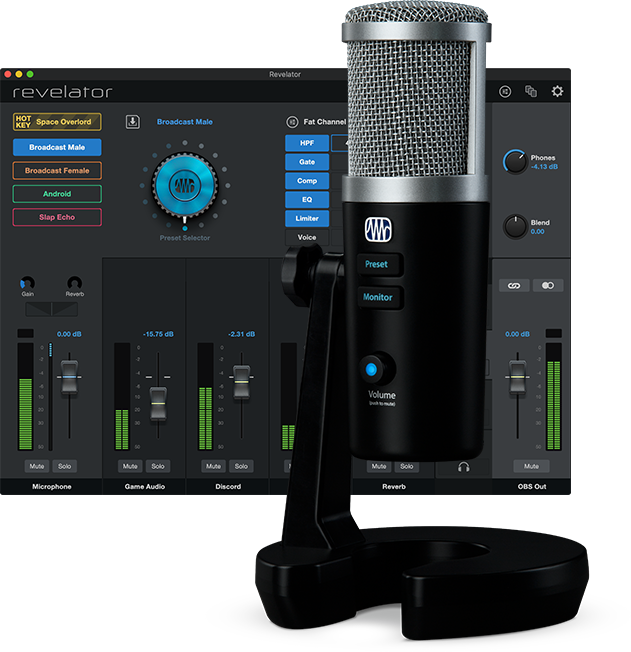 Users of audio interfaces like the Studio 1824c will find an easy monitor mixer that can be launched from Universal Control. Even better, more advanced interfaces like the Revelator USB microphone offer full input processing, reverb, loopback, and more, all from this flexible application.