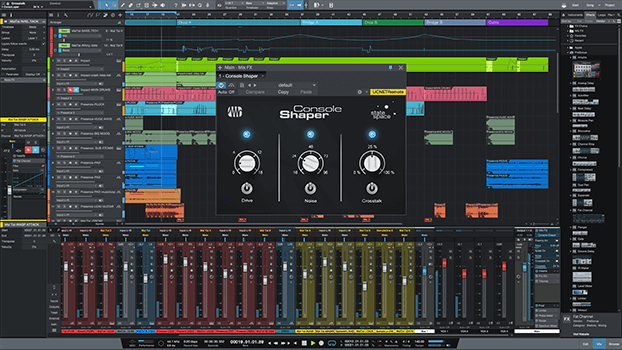 PreSonus® raises the bar again with Studio One® 3.2, a feature-packed, free update to the company’s award-winning DAW software for Mac® and Windows®. New version 3.2 adds over 50 professional tools and workflow enhancements, including the innovative new Mix Engine FX, which are designed to fundamentally alter the mix experience in ways that have never before been possible in a DAW. Most of the improvements in Studio One 3.2 came directly from the music production community—in particular from professionals using other DAWs who had integrated Studio One into their workflow and requested some enhancements before switching outright.

The biggest news in version 3.2 is Mix Engine FX, a new plug-in paradigm exclusive to Studio One Professional that can modify or bypass and replace Studio One’s native mix engine. In contrast to conventional plug-ins that must be inserted independently on each channel, with limited or no interoperability, Mix Engine FX can process every channel routed through a bus, both individually at the source and at their summing point. Any bus, including the main stereo bus, can have its own Mix Engine FX assigned, allowing for limitless sonic possibilities. 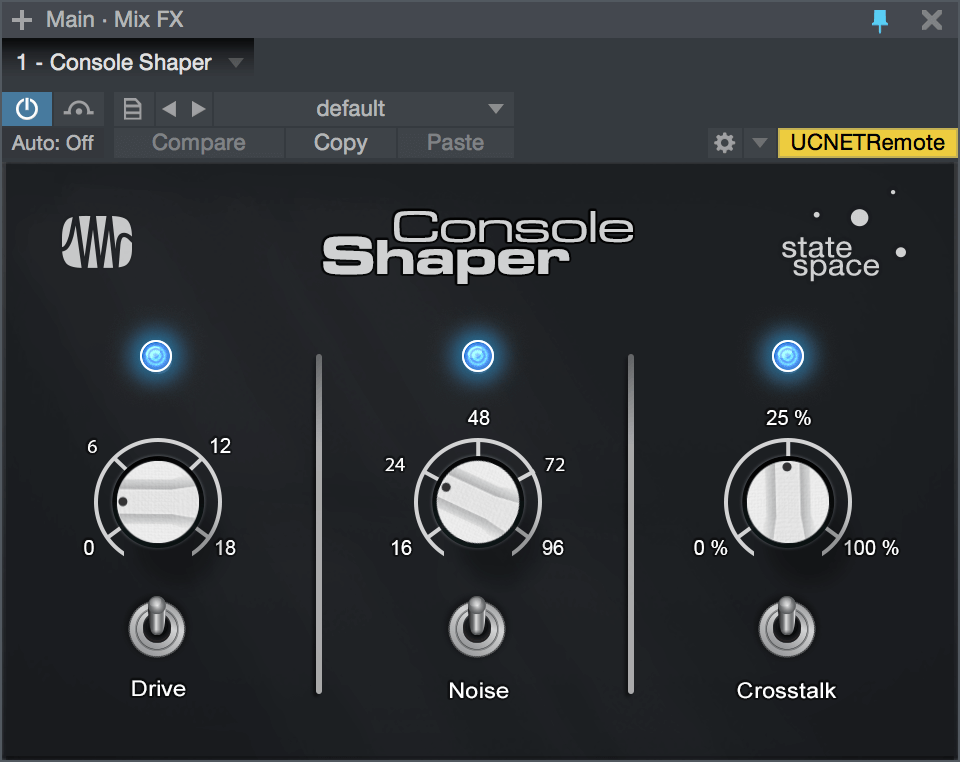 Also new in Studio One 3.2 Professional, VCA Faders allow remote control of any number of tracks from a single fader, complete with relative level control and volume automation. VCA Faders retain channel routing assignments and provide independent channel control for fine tuning a mix. VCA Faders link with Folder Tracks, keeping everything in sync and organized, and Studio One can now automatically create automation tracks in the Arrangement view for every FX, Bus or VCA channel.

In Version 3.2, significant attention was given to make Studio One’s workflow even faster. The Arrow Tool has always been multi-functional and context-based; in version 3.2, it transforms into the Range tool when hovering in the upper half of events. In addition, the Arrow and Range Tools now provide alternative comping methods for ultra-fast layer editing and navigation–even with a large number of takes. Range editing is also now improved with a new Quick Range mode that makes precise micro-editing of volume automation fast and easy.

Studio One 3.2 also updates its integrated Melodyne Essential to the new version 4, which features a new “Universal” algorithm for transposing and quantizing polyphonic and harmonic recordings, among many other new features. (For more on Melodyne 4, please visit www.celemony.com/en/melodyne/new-in-melodyne-4.)

Studio One 3.2 is a free update to registered users of Studio One 3.0 and higher. Downloads are available now from within a customer’s My PreSonus.com account. For more information on Studio One 3.2, including a complete list of updates and enhancements, please visit http://studioone.presonus.com/whats-new.