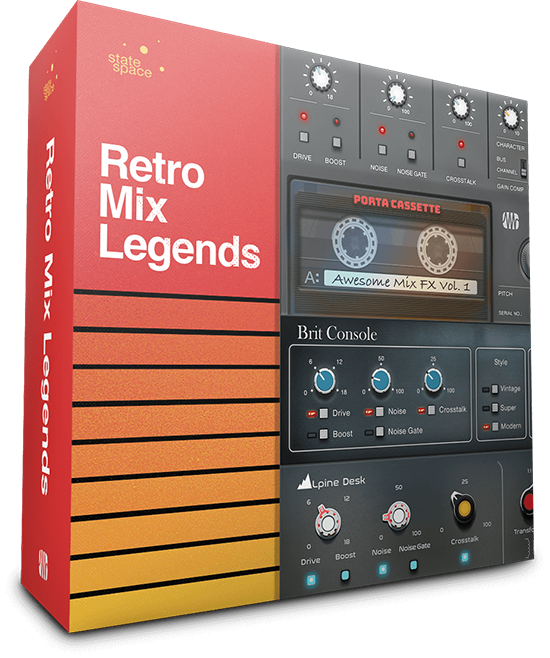 Mix Engine FX is a plug-in paradigm exclusive to Studio One Professional that can subtly alter or completely transform Studio One’s native mix engine. In contrast to conventional plug-ins that must be inserted independently on each channel, with limited or no interaction between channels, activating a Mix Engine Effect on any bus in Studio One will simultaneously affect and cross-process all channels feeding that bus, using one plug-in. Thanks to State Space Modeling technology and the Mix Engine FX architecture, these plug-ins deliver thorough and true-to-life emulations of real hardware behavior, including inter-channel crosstalk, noise, drive, saturation, and character. Any bus, including the main stereo bus, can have its own Mix Engine FX assigned, allowing for limitless sonic possibilities.

The new Alpine Desk plug-in faithfully reproduces the complex sonic textures of one of the world’s most coveted American consoles. Its Drive control allows you to hit the console’s preamps as hard as you like, resulting in satisfying saturation and compression, while the Crosstalk and Noise controls can be used to glue your tracks together so everything sits right where it belongs in your mix. Unique to Alpine Desk is a variable output transformer that lets you switch from a 1:1 to 3:1 gain ratio for higher drive settings and a unique dark and warm tonal contours.

Brit Console lovingly re-creates the sound behind arguably more platinum-selling records than any other console. Inherent signal noise plays an important role in defining the sonic character of any analog console; the modeled analog noise in Brit Console is different on every channel being processed, making your mixes more cohesive. Brit Console features three Style options: Vintage, Super, and Modern. Vintage offers a bit of top-end roll-off and a smoother character that defined the sound of British pop in the 1980s, while those interested in an ultra-clean sound may prefer Super. Enable Modern to switch to a more contemporary dual design with variable harmonic distortion that yields a gentle bass boost, letting you dial in everything from nuanced second- and third-order harmonic saturation to edgy transistor bite. 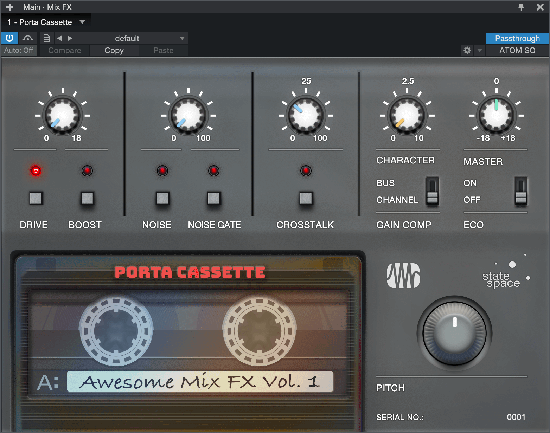 Perhaps the most unusual offering of its kind, Porta Cassette replicates the smooth, analog, slightly off-kilter, lo-fi mojo of the four-track cassette recorders of the 1980s and ‘90s. Its Character control functions dramatically differently than that of any other Mix Engine Effect: Low settings govern the amount of console coloration, while cranking it up introduces tape wow and flutter. The unique Pitch control allows you to detune or up-tune every element of your processed bus. Unlike hardware cassette machines, however, the Pitch control won’t affect your playback tempo.

The Retro Mix Legends bundle is available now at the PreSonus Shop (https://shop.presonus.com) at a U.S. street price of $79.95. Alpine Desk, Brit Console, and Porta Cassette can be purchased individually for $29.95 each. All three Mix Engine Effects plug-ins, as well as CTC-1 Pro Console shaper and every PreSonus Studio One add-on are included in PreSonus Sphere memberships. For more information, visit www.presonus.com/products/retro-mix-legends.