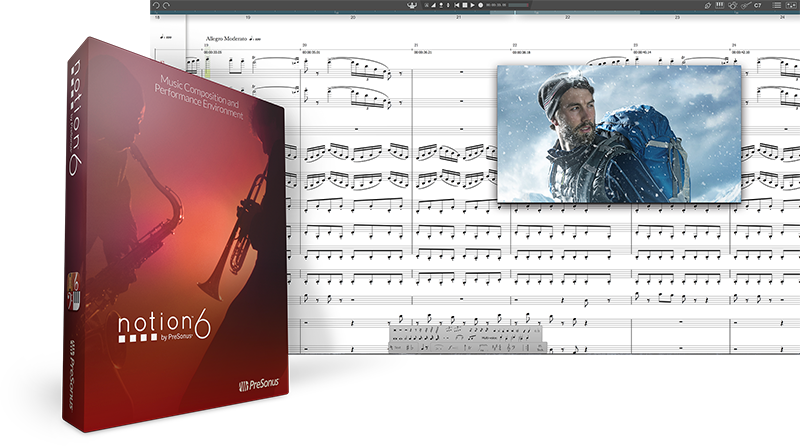 Notion 6 further improves the software’s compatibility with other software, especially with Studio One. Compose in Studio One and send note data to Notion for editing and printing parts. Export the audio or note data for each track and import it into a copy of Notion 6 running anywhere on the network or on the same machine. Notion 6 can find instances of Studio One, automatically open a new project, and send the audio files or note data, track data, and score data straight to the DAW, retaining instrument name, score order, pan and gain settings, rehearsal marks, initial time signature, and metronome marks.

Notion has a variety of features that let it play well with other software, and version 6 further improves on this. In addition to Studio One interoperability, the new version updates MusicXML support for seamless transfers with other notation applications. Notion has long offered audio ReWire capabilities; now it also supports ReWire MIDI transfers in real time. And in addition to importing and exporting WAV files, you can now export MP3 files. 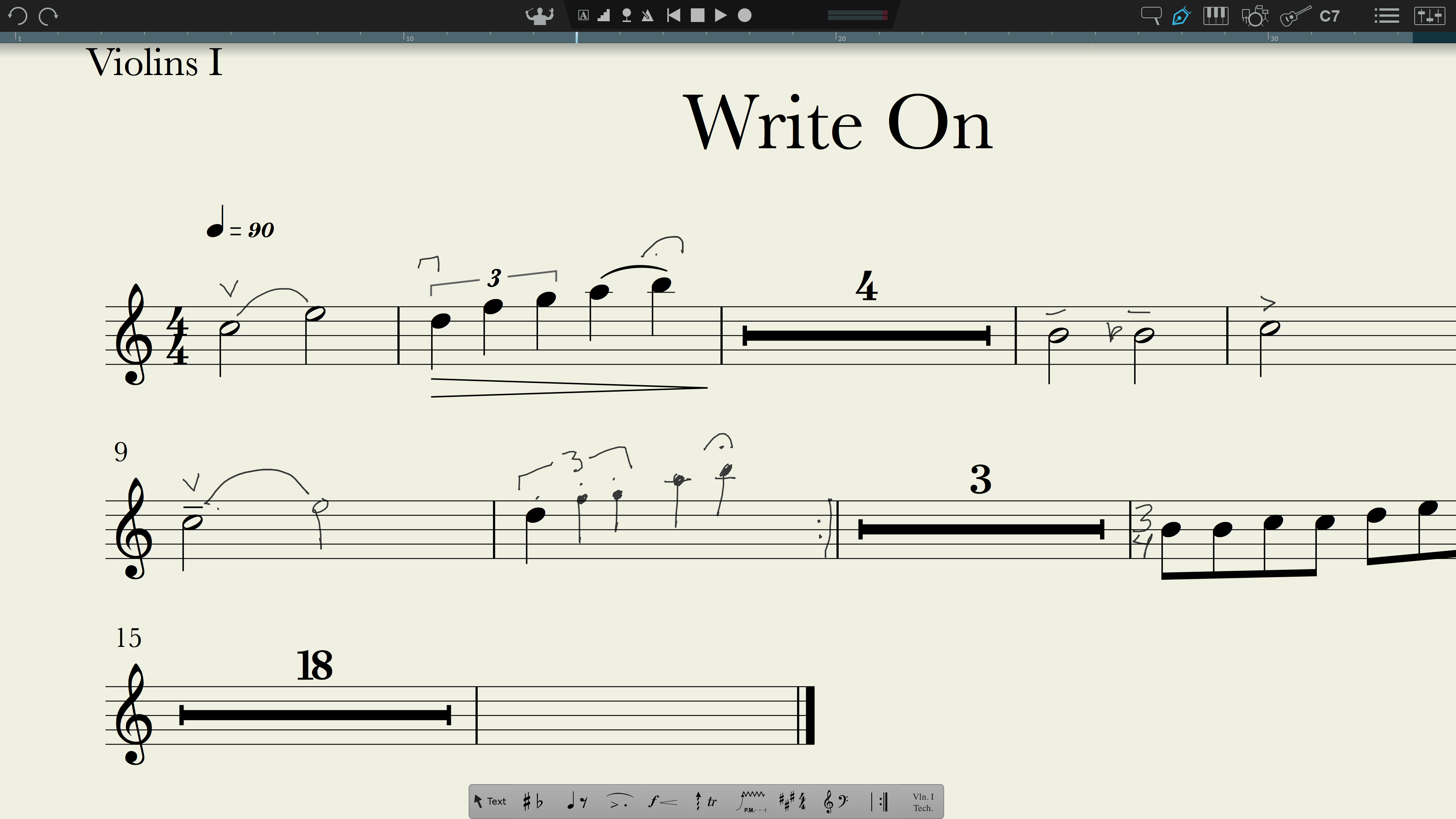 Entering music has gotten easier, too. Along with its familiar interactive fretboard, keyboard, and drum pad, Notion 6 lets you get your hands on your score with Powered by MyScript™ handwriting recognition. Write directly into your score, and Notion will automatically convert your input into digital notation. Or you can write into the optional handwriting area so you don’t have to keep zooming in or out of a large score to write notes. You don’t have to learn custom gestures or specialized software features, nor must you “teach” the software to recognize your writing; simply write music the way you normally do with a paper score.

While many Notion layout and notation choices are done automatically, sometimes you need to fine-tune your score’s appearance for easy reading and a professional look. Notion 6 provides new layout handles that let you drag notes, measure lines, staves, accidentals, rests, and more, while avoiding accidental respacing. Show and hide parts independently by system for minimal wasted space and maximum readability. Even drag entire systems up and down on the page to adjust the spacing; when you let go, Notion rejustifies the layout.

Notion has long been known for the best playback of any notation product, including orchestral samples recorded by the London Symphony Orchestra. Notion 6 adds the Lakeside Pipe Organ and Olympus Micro Choir sounds from Soundiron and, by popular demand, the formerly optional Notion Harpsichord. 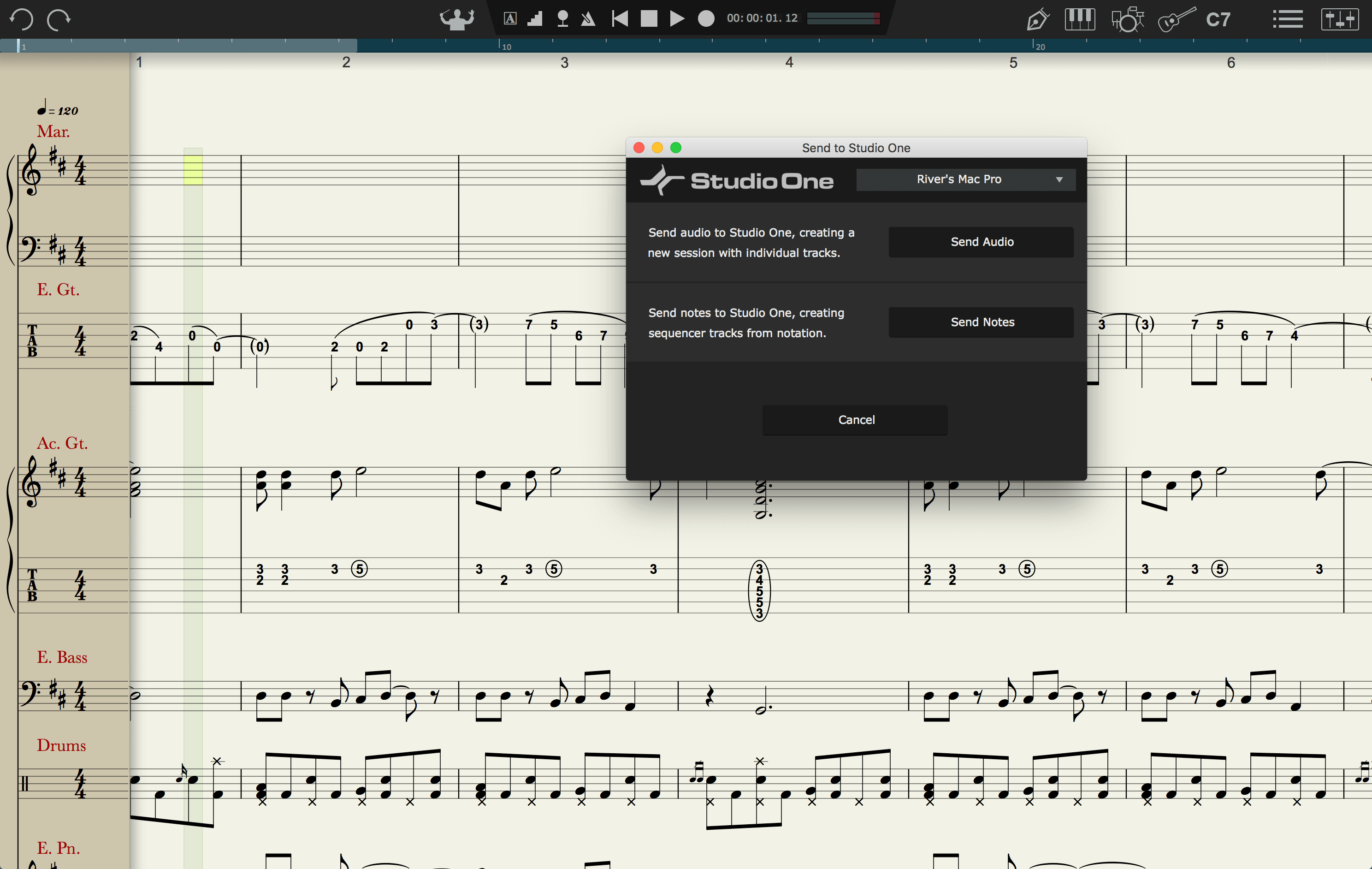 To top it off, Notion 6 comes with the Notion Score Library, a collection of public domain scores in the Notion format that includes a variety of famous orchestral and piano works. Use the Score Library to teach a set work or orchestration, accompany a choir with the whole of the London Symphony Orchestra, accompany a student’s concerto with one finger, play scores for fun by tapping each beat, and hook up a MIDI keyboard for touch-sensitive dynamics, performed in real time.

If you have a notion to check out PreSonus Notion 6, log into your existing My.PreSonus account or create a new account and download the free demo. Notion 6 is available immediately for a MAP/street price of $149 U.S. at PreSonus dealers and the online PreSonus Shop. Notion 6 supports U.S. and British English, French, German, Italian, Japanese, simplified Chinese, Korean, and Latin American Spanish. See the categorized list of new features.

Get more information about Notion 6.