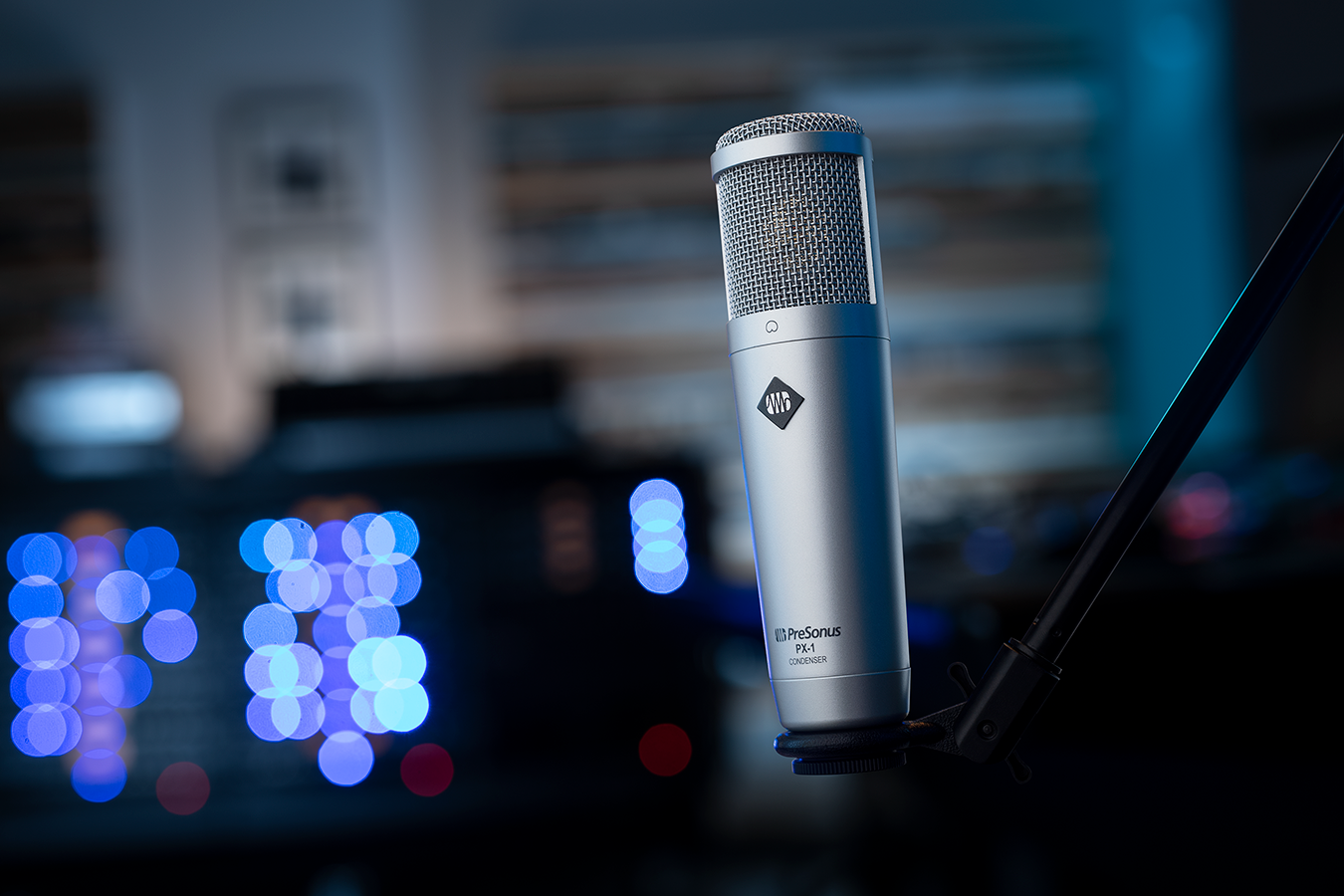 Condenser microphones are one of the most popular mic choices for studio recording applications because of their sensitivity and fidelity. In general, a condenser microphone will provide a wider frequency response range than their dynamic microphone cousins, but will have a lower input sensitivity. In other words, they’ll pick up more of the input signal faster. This means that most condenser microphones (with some exceptions) are better suited for quieter environments, like one afforded by a studio.

How does a condenser microphone work?

Condenser microphones are essentially a highly specialized capacitor. For those of you without an EE degree, a capacitor is a passive electrical component that is designed to temporarily store energy in an electric field. Capacitors work by using two plates in close proximity with one another. The closer they are, the higher the capacitance - that is, the greater its ability to store an electrical charge. 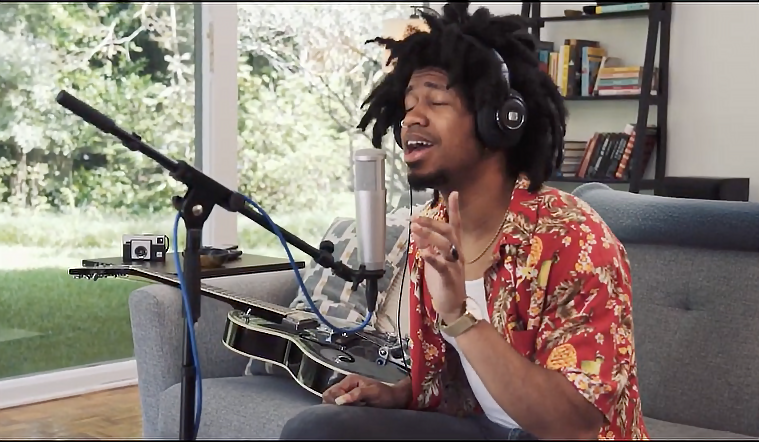 In a condenser microphone, one of these plates is made of very light, usually very thin material and acts as the diaphragm. For example, the diaphragm in both the PreSonus PX-1 and PM-2 microphones is made from gold-sputtered Mylar and is only 6 microns thick (0.006 mm). The diaphragm vibrates when struck by sound waves, changing the distance between the two plates and therefore changing the capacitance. The resulting fluctuation in capacitance creates an electrical representation of the acoustic energy from the input source.

Active circuitry is required to transform the very high impedance of a DC-polarized capsule's output to a usable low impedance; +48V phantom power is commonly used to supply current to this circuitry. Other methods include dedicated power supplies (most often seen with tube condensers) and batteries (often seen with electret condensers). All PreSonus® audio interfaces and mixers can supply phantom power for condenser mics.

Because of this, condenser microphones - regardless of size - are known to offer superior sound quality, the widest frequency response, and the best ability to accurately reproduce transients. 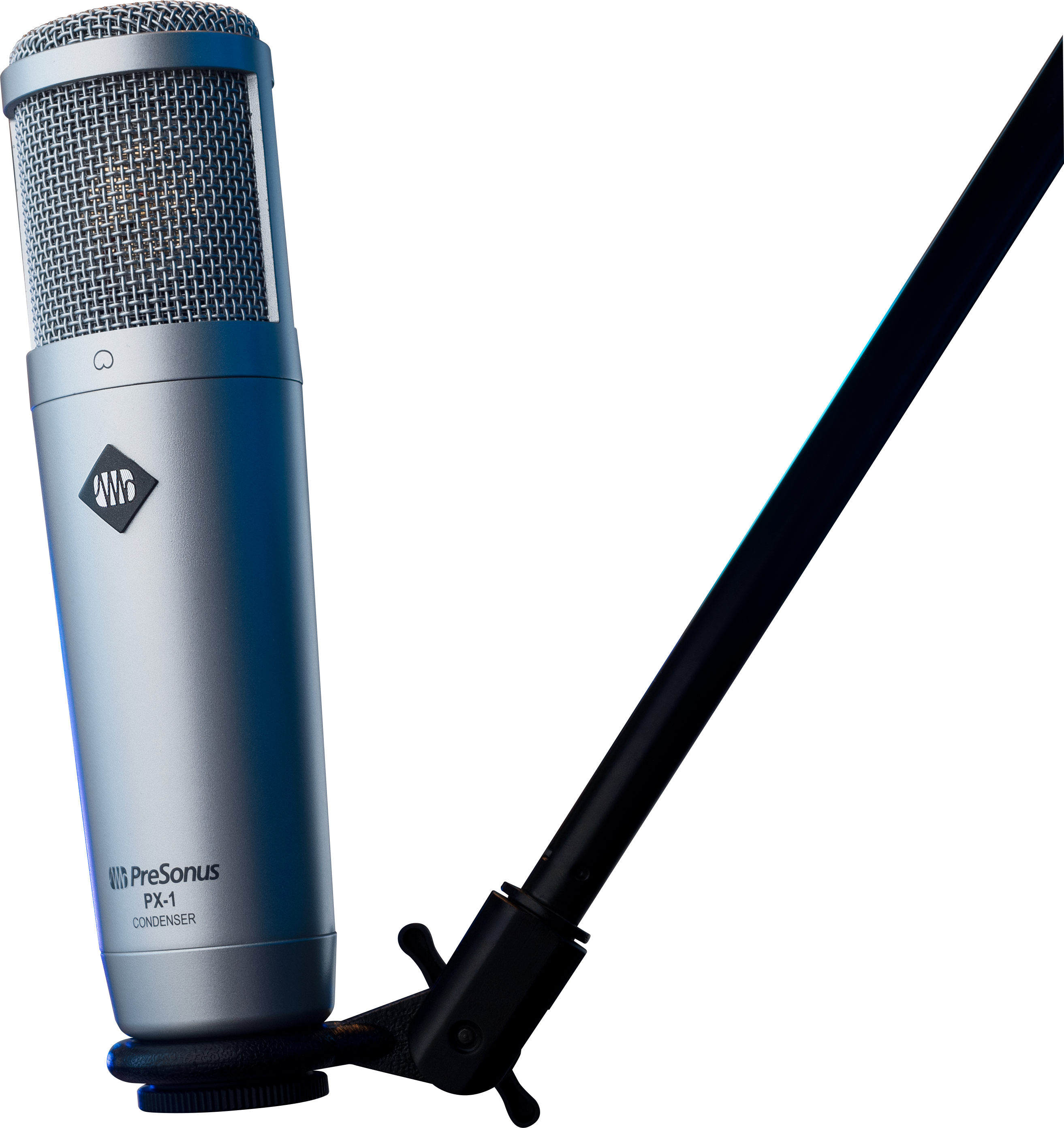 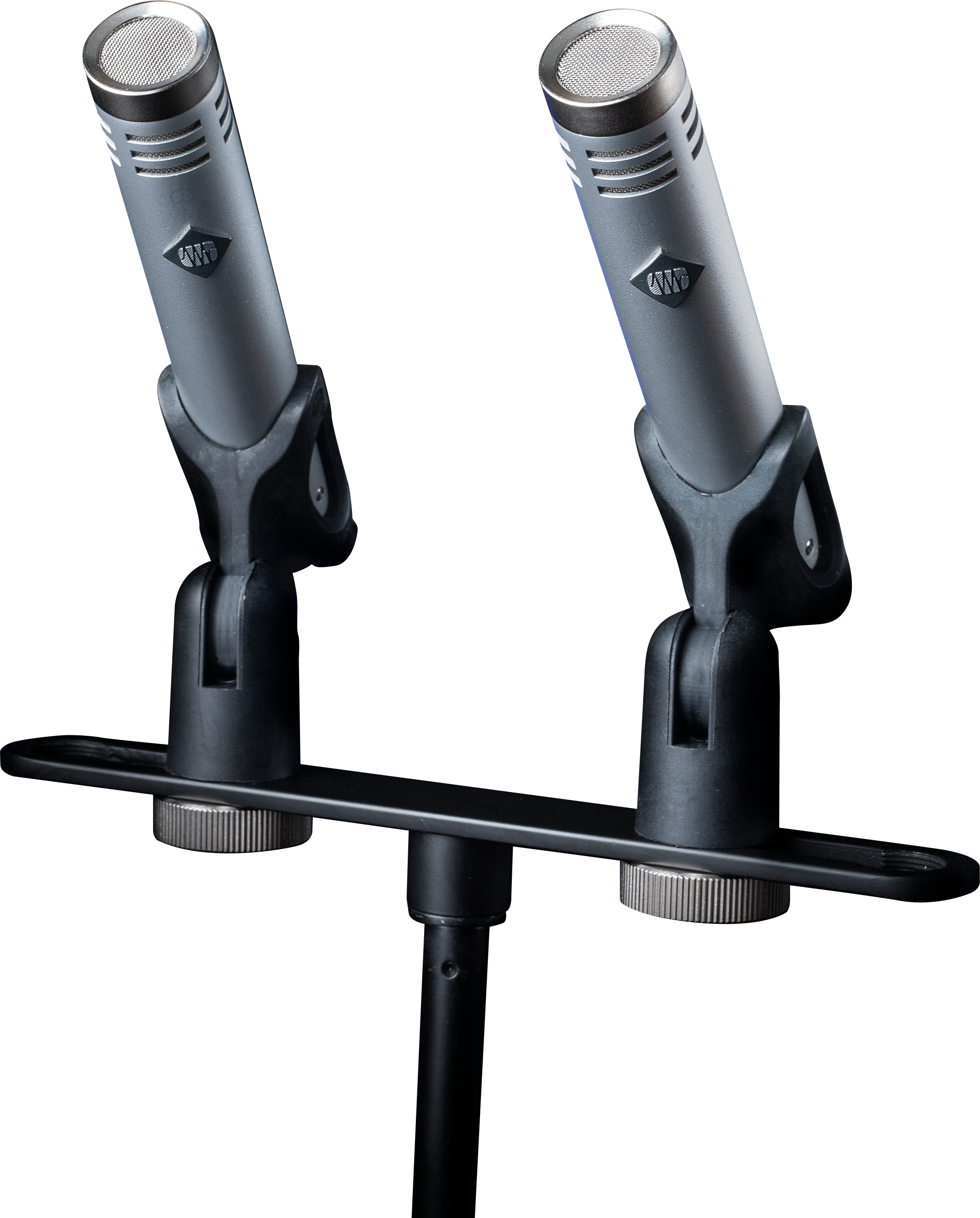 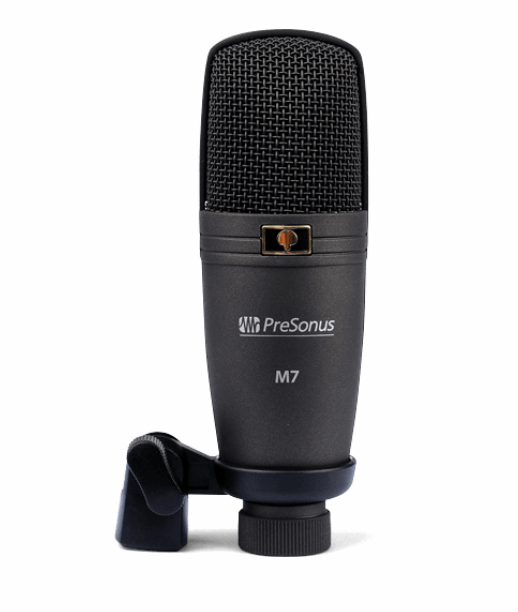 A common affordable variation is the electret condenser, like the PreSonus M7 included in the Audio Box 96 Studio recording bundle. As we mentioned earlier, a condenser capsule must be charged (or “polarized”) with a voltage in order to sense the capacitance change created by the diaphragm vibrating to the rhythm of the sound waves. For the microphone to achieve the best sensitivity, this polarization voltage has to be pretty high (usually 48V or so).

An alternate polarization method is to apply an electric charge permanently in the capsule using electret film. Electret film is an electrostatic magnet and eliminates the need for a high voltage power supply. Just like a condenser microphone with a DC polarized capsule, an electret condenser can have a small or large diaphragm. These microphones usually don’t require the full 48V power provided by microphone preamps, like those made by PreSonus.

PreSonus has put together this getting started guide to highlight some of the most common microphone placement tips. 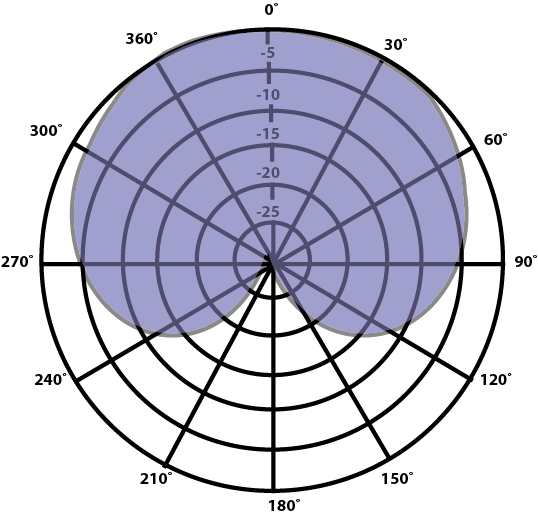 A polar pattern is the three-dimensional space around the microphone capsule where the capsule is most sensitive to sound. The most common microphone polar pattern, and the one used by every PreSonus condenser microphone is called “cardioid.” The word “cardioid” is derived from the Greek word for “heart.” A cardioid polar pattern means the microphone primarily picks up sound within an area that is roughly heart-shaped when shown on a two-dimensional graph. (In three dimensions, the pickup region looks more like an apple.) Cardioid mics primarily are sensitive to sound on one side or end of the microphone—that is, they are unidirectional—and reject sound from the sides and rear of the mic.

Other polar patterns found in condenser microphones are: 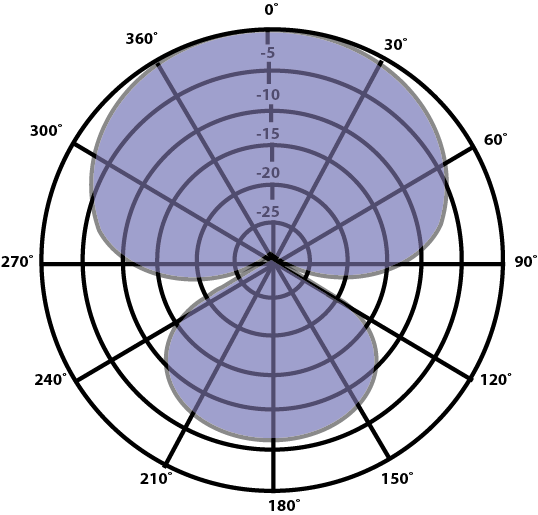 Supercardioid. Supercardioid microphones are a little less directional than their hypercardioid cousins, but have the advantage of offering a slightly smaller rear lobe. 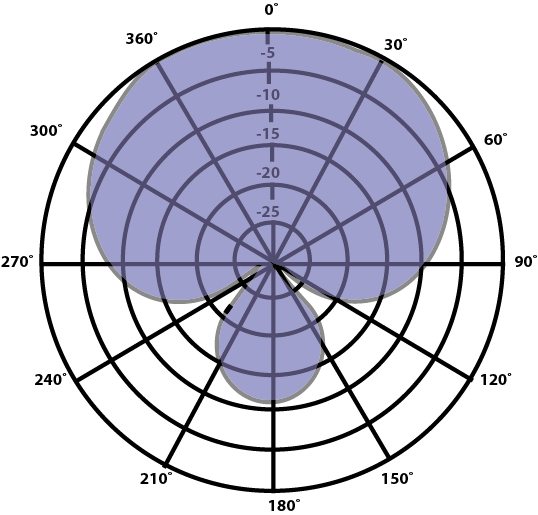 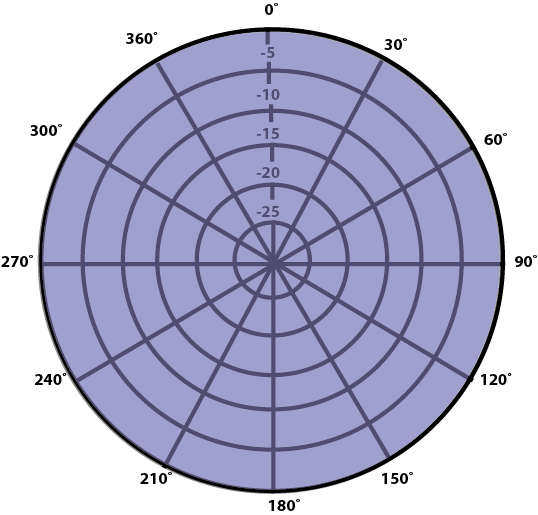 Bidirectional. Also known as “figure-eight,” bidirectional microphones pick up audio from both the front and the back. 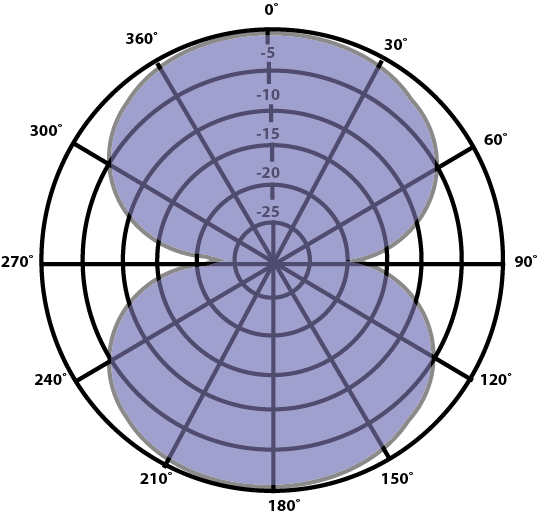 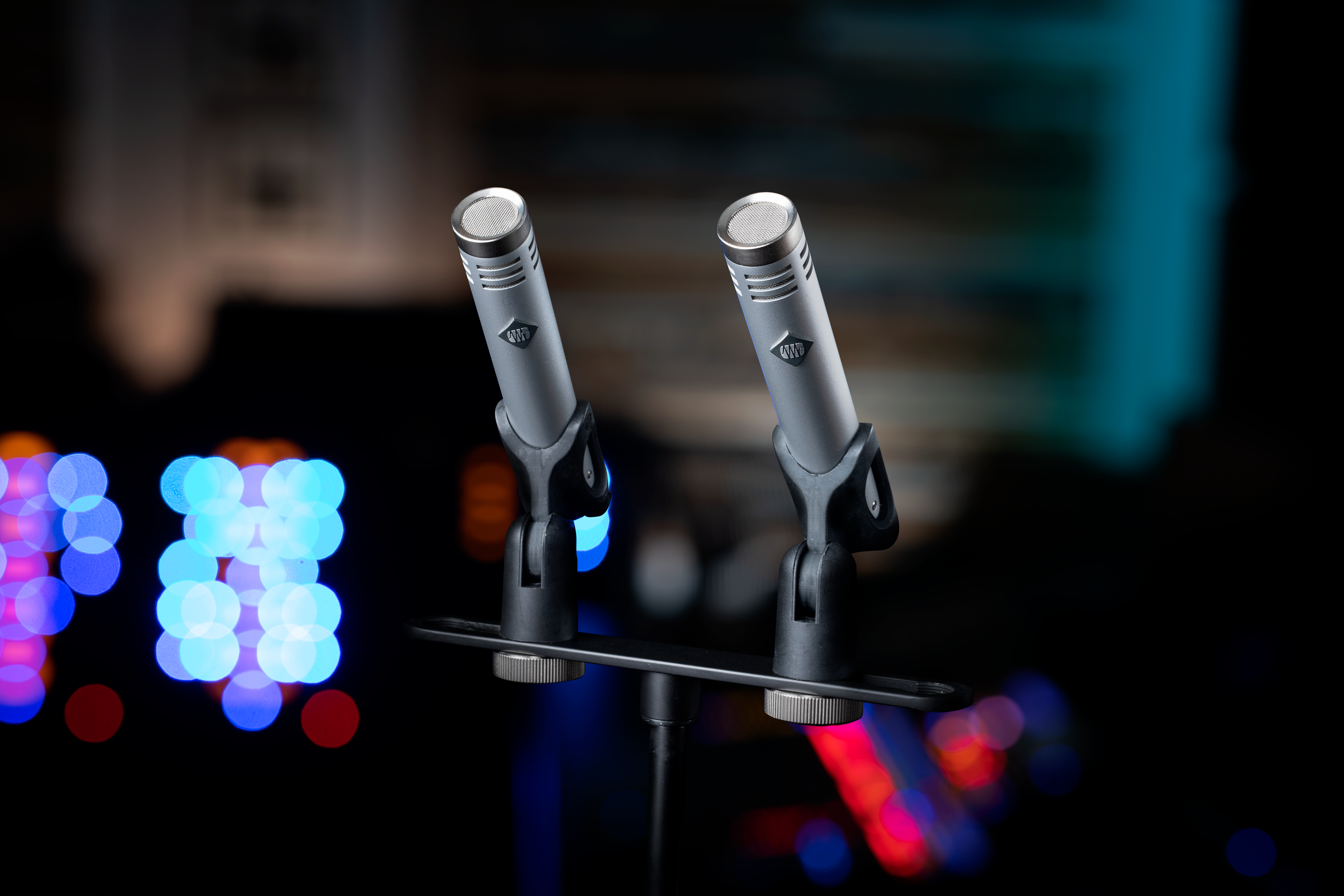 Because they are mechanical devices, two mics of the same model can vary a bit in their response, which doesn’t matter when you’re just using one mic on a sound source. But when recording in stereo, you will achieve a much more consistent and coherent sound if both microphones respond exactly the same. The PreSonus PM-2 stereo microphone set provides two small-diaphragm condenser microphones that have been carefully tested and selected to ensure they have matching audio responses, so they sound as close to identical as possible, making this type of microphone package a great solution for stereo miking instruments and ensembles. 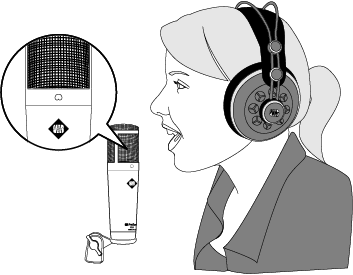 Many large-diaphragm microphones are designed to pick up sound from one or both sides of the mic, rather than from the end of the mic. For example, the PreSonus PX-1 is a side-address cardioid mic that primarily picks up sound from a single side. 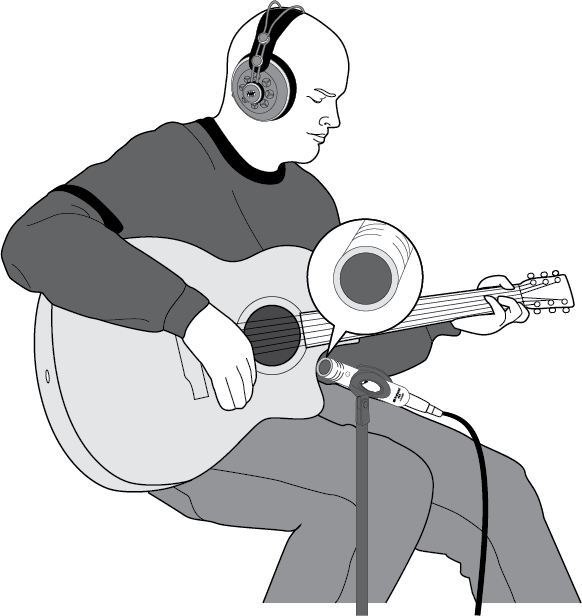 Most small-diaphragm mics, including the PreSonus PM-2 microphones, are pencil-shaped and pick up sound from the end, not the side. They therefore are “end-address,” not “side address.” Both side-address and end-address microphones are equally useful, knowing where the focal point for your microphone is located will assist you in better visualizing its polar pattern so you can aim it more accurately at the audio source.