What is a Parametric EQ?

What is a Parametric EQ?

An equalizer, or EQ, is a filter that allows you to adjust the volume level of a frequency, or range of frequencies, within an audio signal. In its simplest form, an EQ will let you turn the treble and bass up or down, allowing you to adjust the coloration of, let’s say, your car stereo or your television. In professional audio circles, equalization is a highly sophisticated art that can be used to sculpt the tone of instruments in a mix, counteract anomalies in a room, or just pump up the bass.

Regardless of its application, good equalization is critical to a good mix. When used correctly, an equalizer can provide the impression of nearness or distance, “fatten” or “thin” a sound, and help blend or provide separation between similar sounds in a mix, allowing both to be heard as intended. It can also be used to adjust a sound system to account for the acoustical response of a room or an outdoor venue.

This article will explain the functions of two of the most common EQs in use in modern recording and live sound: Parametric and Shelving.

You will find parametric EQs in the following configurations: 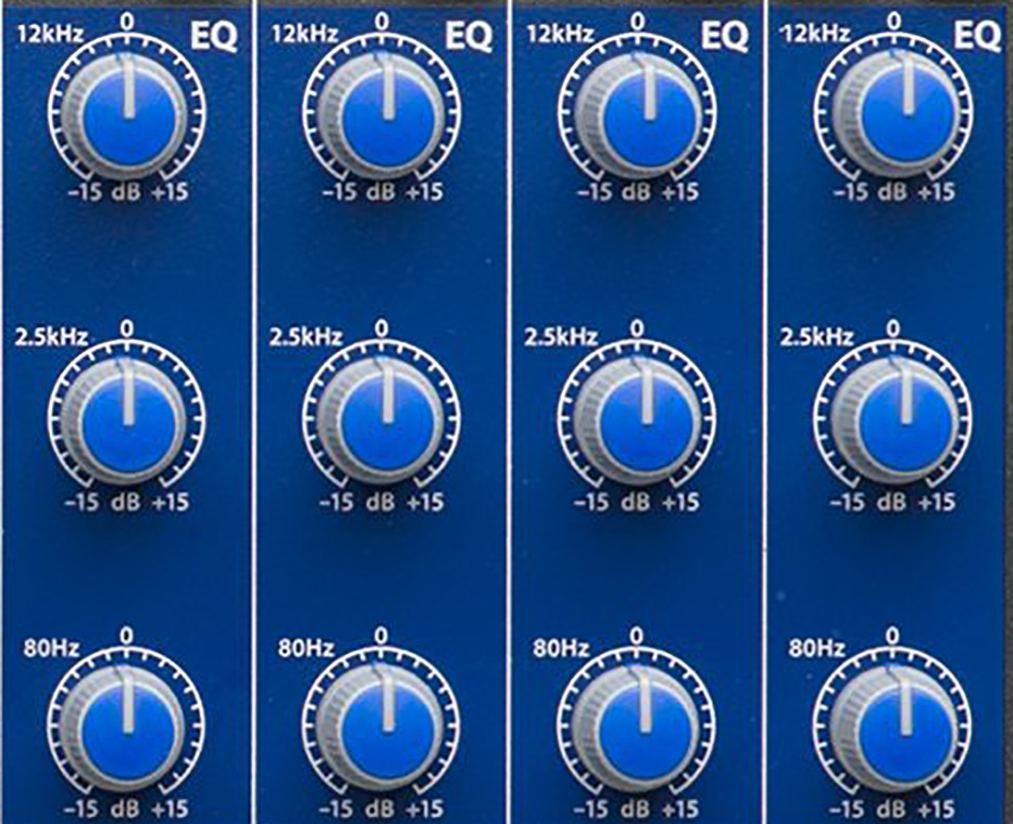 In equalizers, Q is the ratio of center frequency to bandwidth, and if the center frequency is fixed, then bandwidth is inversely proportional to Q—meaning that as you raise the Q, you narrow the bandwidth. Q is by far the most useful tool a parametric EQ offers, allowing you to attenuate or boost a very narrow or wide range of frequencies within each EQ band.

A narrow bandwidth (high Q) is particularly useful for removing unpleasant tones. Let’s say the snare drum in your mix has an annoying ring. With a very narrow bandwidth, you can isolate the offending frequency (usually around 1 kHz) and remove, or reject, it. This type of narrow band-reject filter is also known as a notch filter. By notching out the offending frequency, you can remove the problem without removing the instrument from the mix.

A narrow bandwidth is also useful in boosting desirable components of an instrument’s sound, such as the attack on a drum. For instance, a kick drum resonates somewhere between 60 to 125 Hz, but the attack of the kick drum is much higher, at 2 to 5 kHz. By setting a narrow bandwidth and boosting the attack a bit, you can achieve a punchier kick drum without overpowering the rest of the mix.

A broad bandwidth accentuates or attenuates a larger band of frequencies. Broad and narrow bandwidths (low and high Q, respectively) are usually used in conjunction with one another to achieve the desired effect. Let’s look at our kick drum again. We have a kick drum that has a great, big, low-end sound centered around 100 Hz and an attack hitting almost dead-on at 4 kHz. In this example, you would use a broad bandwidth in the low-frequency band, centered at 100 Hz, and a narrow bandwidth boosted at 4 kHz. In this way, you are accentuating the best and downplaying everything else this particular kick drum has to offer. 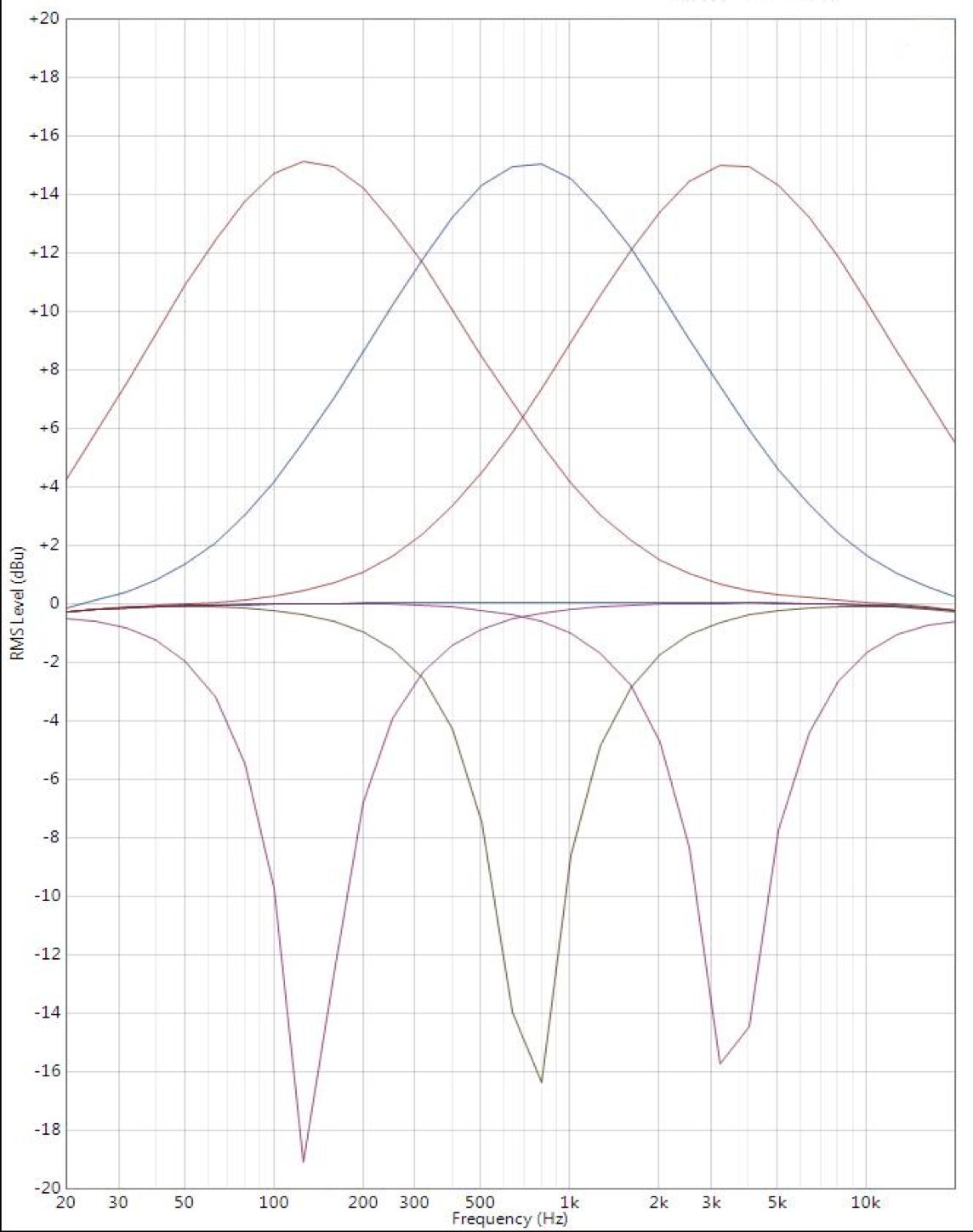 The quasi-parametric EQ on the StudioLive AR-series mixers’ mono channel provides a unique “asymmetric” Q design in which, while the Q is fixed, the Q narrows when the signal is cut to provide a notch filter, but broadened when the signal is boosted to provide more musical enhancement for sonic shaping.