Understanding Hops on an AVB Network

Understanding Hops on an AVB Network

In its simplest terms, 1 LAN is equal to 1 hop, where the LAN is the span between two AVB switches (also known as ‘bridges’).

Take a look at the examples below. These examples are fairly straightforward: one LAN connection equals one AVB hop. 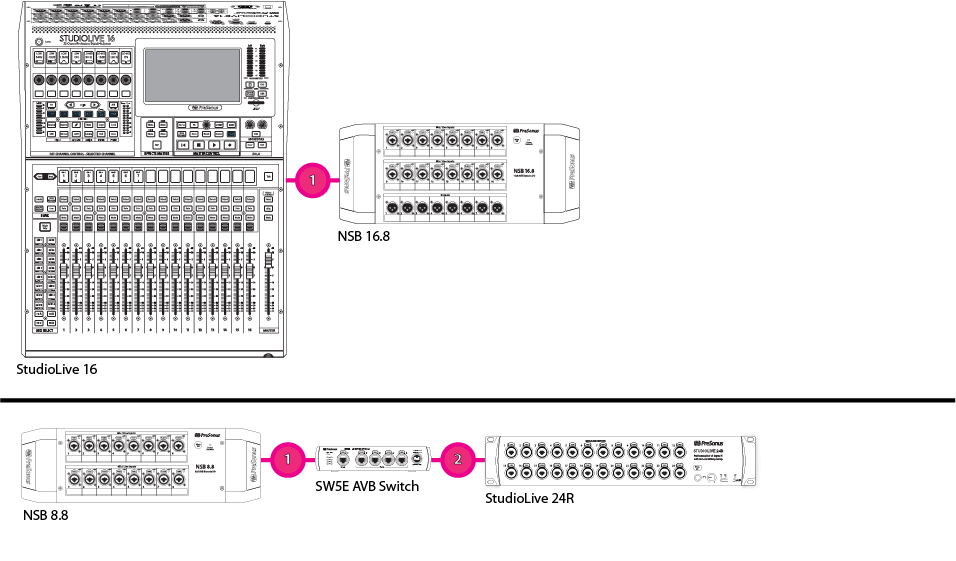 In this next example, the EarMix 16M has a third hop because the input channels from the NSB16.8 stage box are being routed to the StudioLive 16, where they are processed by the Fat Channel and added to FlexMixes before they are then sent back out to the network and on to the EarMix 16M, making three total hops between the NSB 16.8 and the EarMix 16M.

The more switches or devices that are cascaded, the more potential for additional hops being added between devices on your network. As hops are added, the potential for the latency between the source and destination to exceed the limits set by the AVB specification is increased. Because of this, PreSonus recommends a maximum of six hops between source and destination.