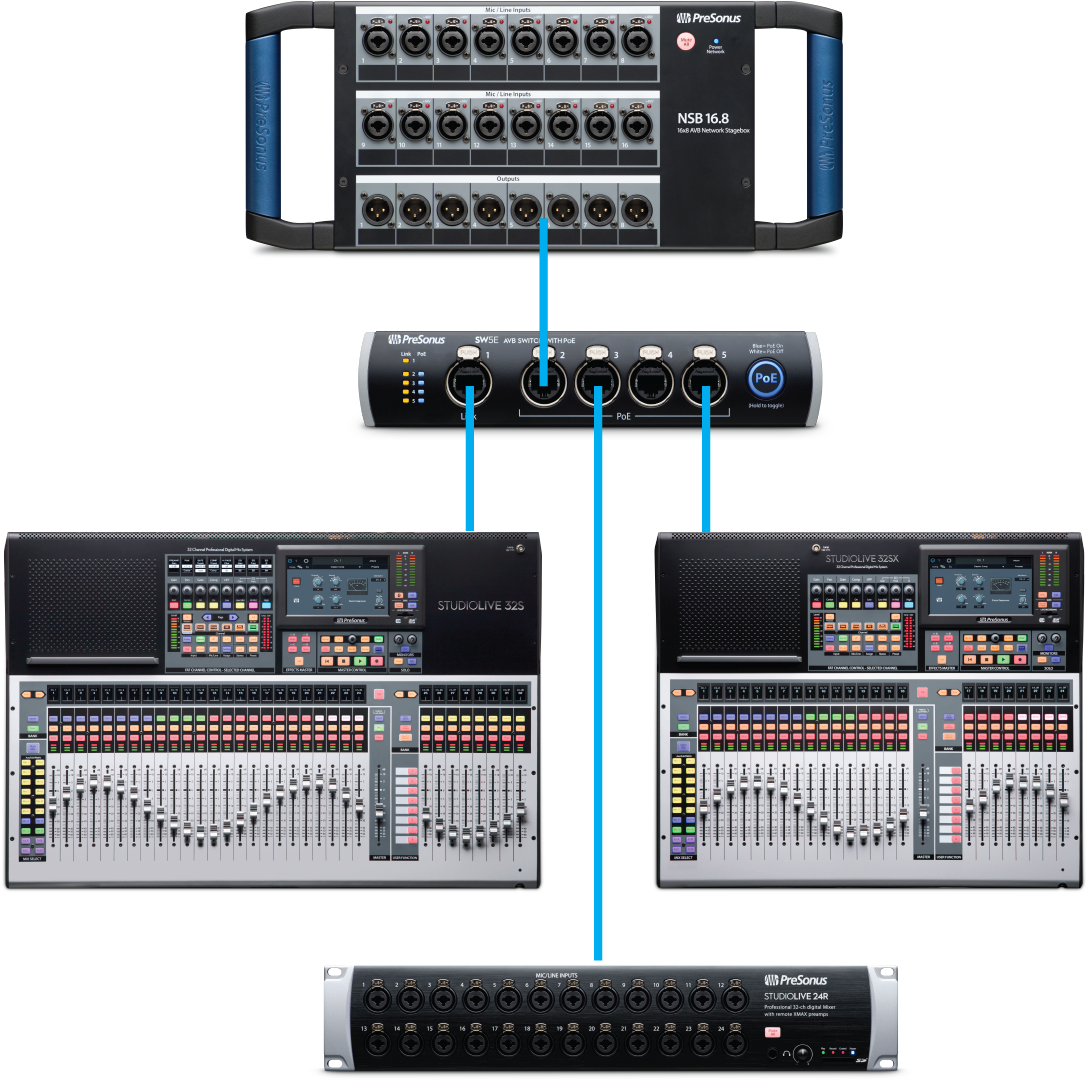 In a networked audio system where multiple mixers are sharing the same stage box inputs, gain staging can become an issue. When the primary mixer changes the analog gain of a mic preamp to optimize its internal gain staging, the signal level to every mixer on the network sharing that input changes as well.

While this works for smaller systems, when more than two digital mixers are sharing a networked stage box, this scheme is no longer practical. 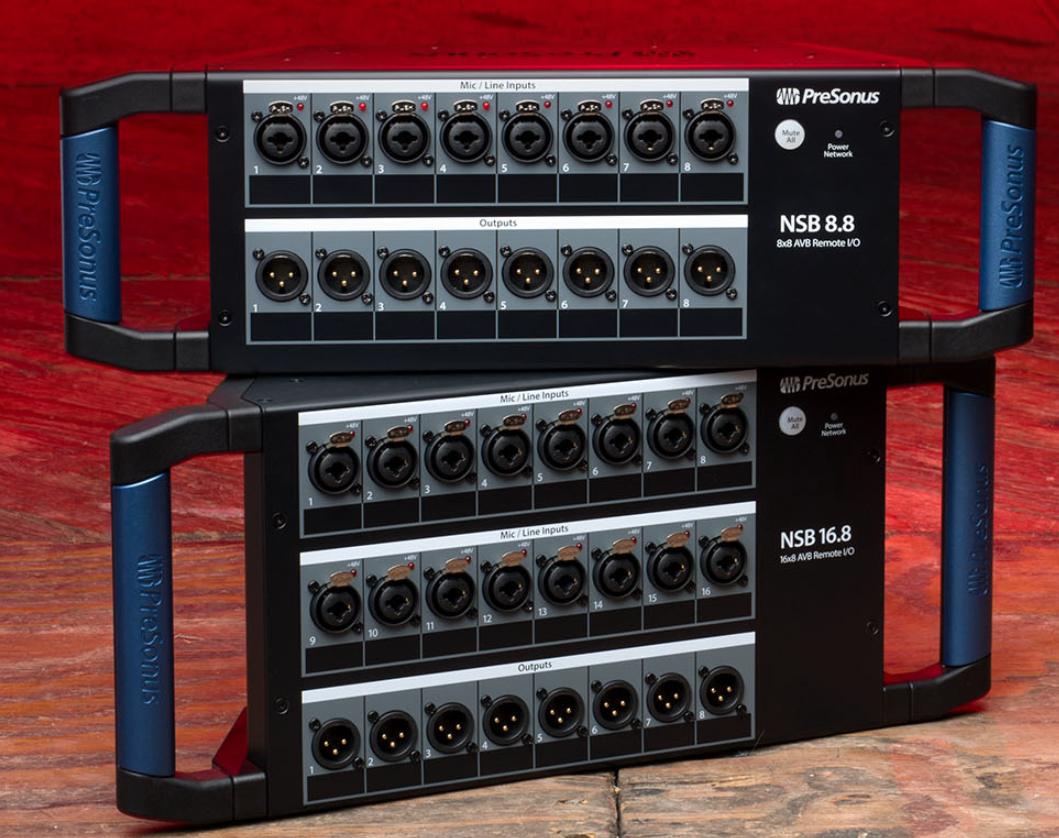 Local gain compensation, like that employed by PreSonus NSB-series stage boxes, can be used only if the stage box provides a dedicated DSP to compensate for the analog gain in the digital domain before sending the audio data out to the network. In this way, while a single primary mixer is in control of the analog gain, ensuring that the signal is optimized before it reached the analog-to-digital converters, any mixer on the network can gain stage its sources locally for optimal performance. This makes this method of gain compensation much more practical for larger networked systems.

In a StudioLive Series III AVB network where multiple StudioLive Series III digital mixers are sharing the inputs from a single NSB stage box, once the preamp level is set by the primary mixer, every other mixer on the network has the option of listening to the same stream or the gain compensated stream. Routing the AVB stream that isn’t gain compensated, means that any mixer listening to that stream will have no control over the level. While this may be fine in some situations, this could create gain staging issues in others.

Using the Gain Compensated (GC) stream on an NSB-series stage box allows each mixer on the network to retain independent gain control without potentially harming the Front-of-House mix. NSB stage boxes have an onboard DSP that adjusts the level of the gain compensated streams relative to gain set on the primary mixer. In this way, every mixer on the network has a working gain range of +/- 20 dB, even if they are not the set as the primary preamp controller for the stage box.