Bringing the Thunder: A Closer Look at Thunderbolt 2 and 3

Bringing the Thunder: A Closer Look at Thunderbolt 2 and 3

The Intel® Thunderbolt protocol has opened new possibilities in low-latency audio performance. For example, with the PreSonus Quantum-series interfaces and their optimized Thunderbolt 2 drivers for both macOS® and Windows®, you can monitor from within your DAW and through your favorite plug-ins, with less than 1 ms* of roundtrip latency (measurement taken at 192 kHz, 64-sample buffer in Studio One 3.5 on a MacBook Pro 2016, 2.7 GHz Intel Core i7 running macOS 10.12.5).

Thunderbolt audio devices utilize bus master Direct Memory Access (DMA) to transfer audio data directly to and from the main memory without using CPU processing and the overhead that would come with it. The DMA engine implemented in the hardware transfers digital audio data directly between the ADC/DAC and the computer memory one sample at a time. This is what PreSonus designed into the Quantum-series interfaces.

With the release of Thunderbolt 3, many PreSonus customers have asked what additional benefits may be reaped from the wider bandwidth it provides. For audio use, the answer is simple:

Thunderbolt 3 offers a maximum speed of 40 Gbps, providing twice the bandwidth of Thunderbolt 2 (20 Gbps), and while this is a tremendous benefit in video production, supporting 5K displays and dual 4K displays, it’s not going to make the fastest audio interfaces on the planet any faster. 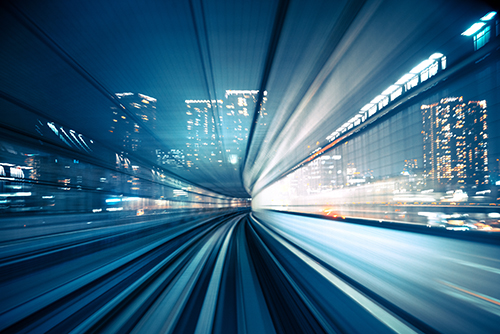 Imagine, if you will, that the fastest car you will ever need is a Corvette, and you are driving it just as fast as that car can go down an empty two-lane highway. If you’re driving that same Corvette down a four-lane freeway, it’s not going to go any faster, is it? Now, if you’re in the cockpit of an F/A-18 Hornet, you could use a little extra room for the wingspan, and those extra lanes may come in handy, especially if there’s more than one plane on the road.

It’s the same difference between audio and video. Audio doesn’t require the same amount of bandwidth as high-resolution video. For example, four aggregated Quantum products, providing up to 104 inputs and 128 outputs, consume approximately 2% of Thunderbolt 2 bandwidth. The speed of the Thunderbolt link is not a bottleneck, and audio transfer is virtually instantaneous. The higher bandwidth of Thunderbolt 3 provides no advantage.

The table below highlights the differences between the two protocols:

More information on Quantum-series interfaces and their Thunderbolt implementation can be found here.

*Note: While the Thunderbolt protocol supports up to six devices daisy-chained, PreSonus only supports the use of up to four Quantum-series interfaces on the same Thunderbolt bus.